You are in: Nearby » Populonia – Nearby Villages

Populonia stands on one of the promontories of the Gulf of Baratti, which can be accessed via a picturesque scenic road. Founded in Etruscan times, it has played an important role in the ancient world in the field of iron processing and trade. In fact, mining and metallurgy were carried on without stopping, giving riches and prosperity to the center.

The village is surrounded by medieval walls, built for defense, and dominated by the Rocca, from the first half of the fifteenth century.

Inside the village you can get lost among its paved alleys, visit the small typical shops and the small museum full of Etruscan and Roman finds.

The walls and the Fortress were essential to defend Populonia from pirates protecting local craftsmen.

We can say that it was a real metropolis, with the residential area climbing on the top of the mountain and the commercial part located below, near the port.

Included in the Parks of Val Cornia and inaugurated in 1998, the park of Populonia includes various sectors of the ancient Etruscan city, such as the calcarenite quarries and the necropolis of “Casone e Le Grotte”.
In the necropolis of San Cerbone, the only one built close to the sea, you can admire the remains of buildings that were used by the Etruscans for metalworking.

In the reserve there is also a small experimental archeology laboratory, to allow the curious to get to know the discipline better.
In the park of Populonia you can find Etruscan tombs in Tumolo and the high Tumolo tombs. 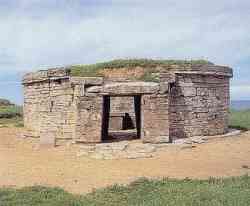 From the classic Tuscan rustic to the original Yurt

I Noci (The Walnuts)

I Colombi (The Doves)

I Girasoli (The Sunflowers)

I Lecci (The Holm Oak)

Here you will always find the best rate